Back in April we finally left the Philippines. It’d been 9 months since we’d left that country! That’s the longest I’d ever been in one place  without traveling outside a state or country since we’d moved to DC in 2008!  We were ready.

Our dear friend, Elise, was traveling with us. She was a huge help with the kids and a great travel companion as well. I highly recommend having an 18 year old fly to new countries with you and help with the kids! Because of Elise Patrick and I were able to get out and about more and just have that much more freedom when we were out with the kids.

We flew into Bangkok and our good friend, Andrew, met us at the airport. We taxied back to his apartment. Things we noticed: 1. They drive on the left. 2. They have a real king and queen (something Aydan was so thrilled about) 3. The roads and traffic were much better than Manila 4. It was cleaner than Manila and there didn’t seem to be as many homeless people on the streets (Andrew told us that’s because they push them outside the city.

Andrew’s place was perfect for us. We walked around the neighborhood, got some food, cleaned up and put the kids to bed. That night we left the kids with Elise and went out with Andrew. We went to Gramercy Park’s rooftop bar. The view was stunning and the company and mojitos were perfect. 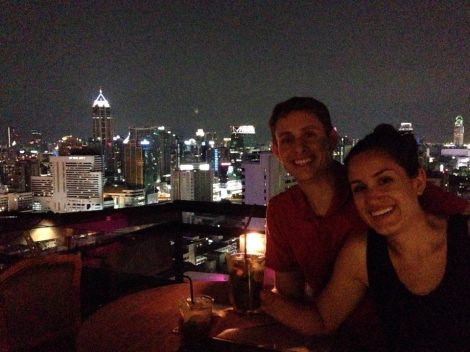 I’ll just post a bunch of pictures for the rest of our time there. Things there are amazing. I would never be able to write well enough to explain the amazement that is Bangkok. 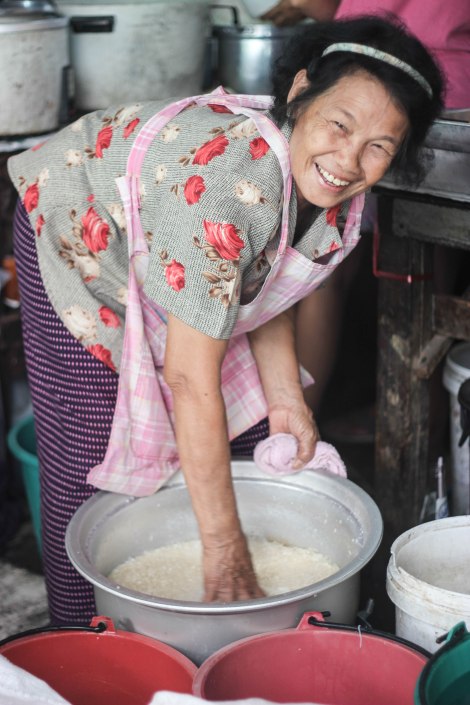 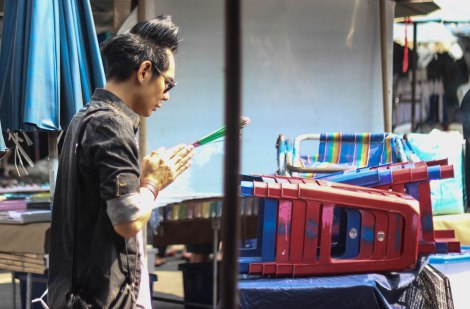 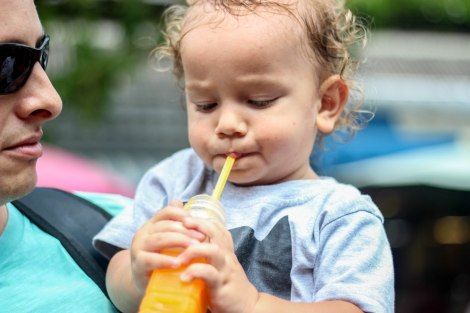 We only survived the heat because of these cheap fruit drinks and popsicles. YUM 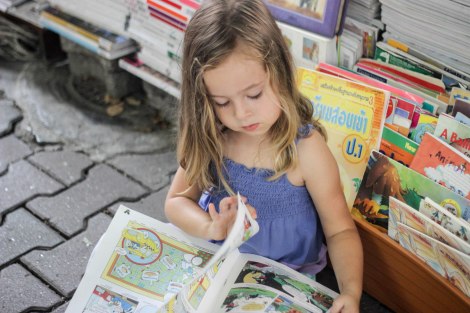 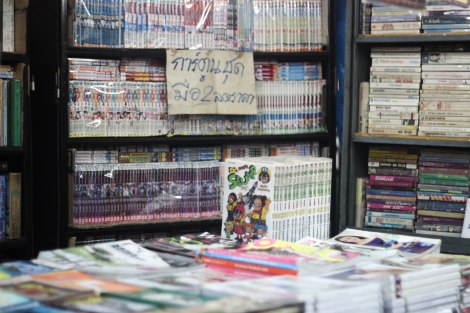 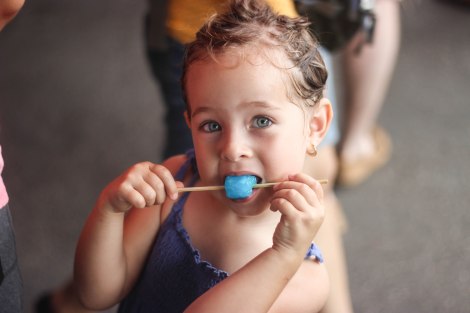 Somehow they made these popsicles from 7Up and other drinks in this tub. It was magic. 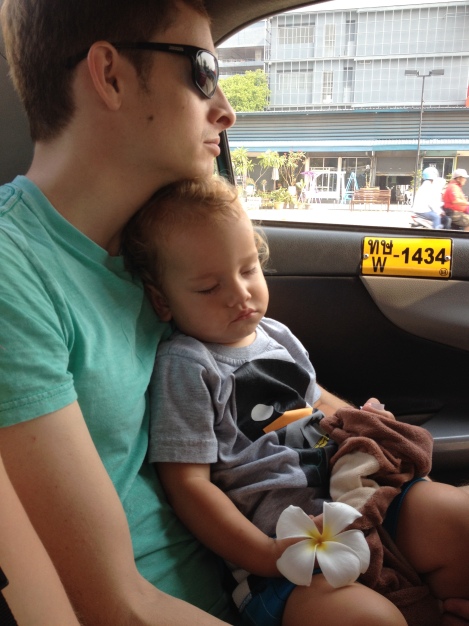 Sleeping on the way home. 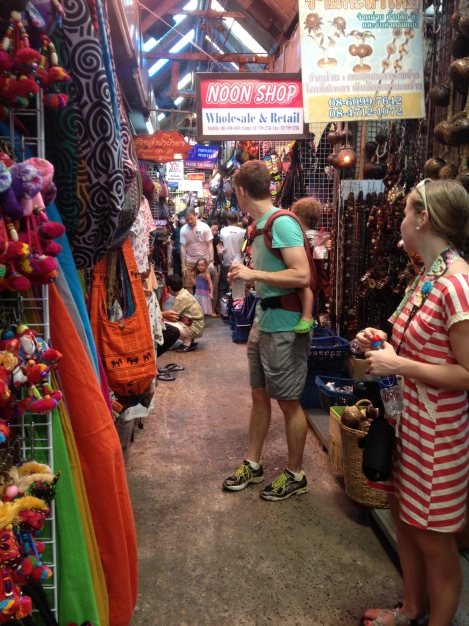 Dinner on the street. We found a little spot in the back of the stalls and sat down. Andrew ordered us a bunch of food and in no time a ton of random people from different stalls were bringing us some of the most amazing food I’ve ever had… all for so cheap! 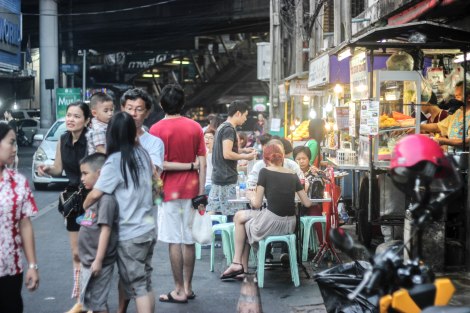 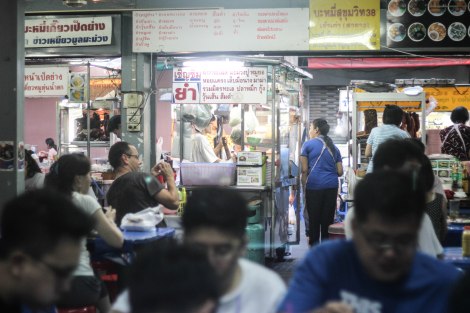 Even Drake was amazing by all the food. 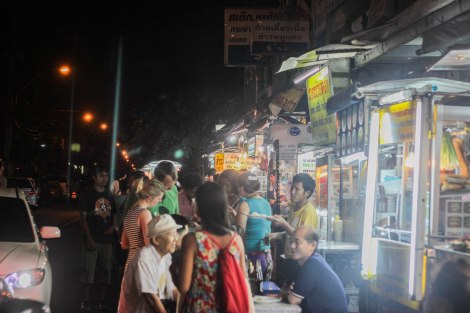 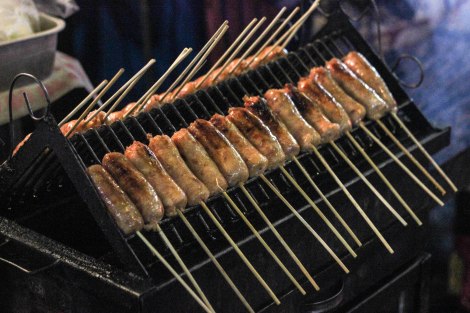 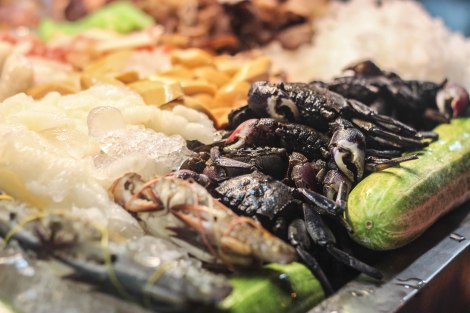 Our day through the canals:

This lady was just sitting by the side of the canal like a little 7-11. 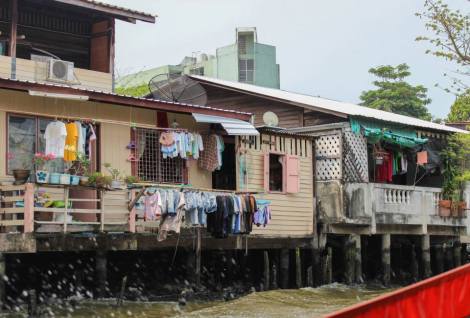 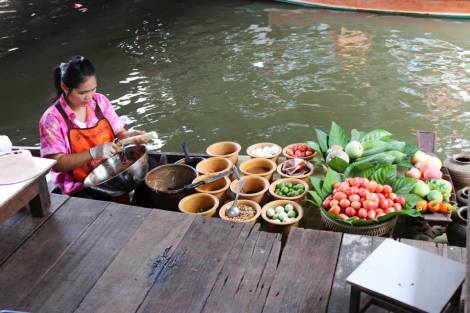 Lunch music on the floating market. 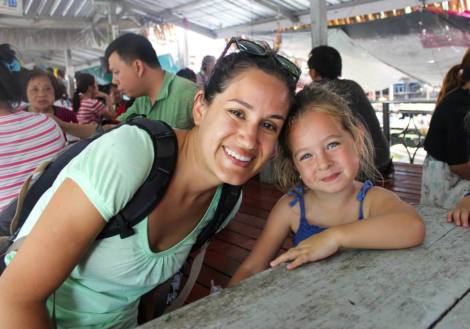 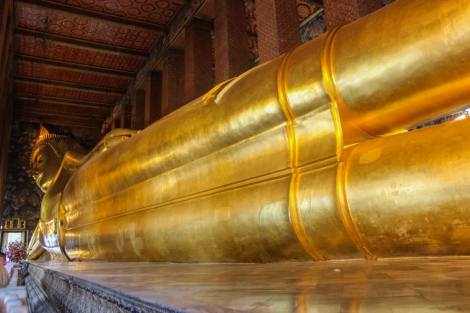 We left for Phuket the next day. When we arrived back to Bangkok we went to the Grand Palace:

Even though we were told, we forgot to bring our covers. Elise, Patrick and I all had to borrow clothes to cover ourselves while we walked around the Grand Palace in 104 degree weather. It was hot and miserable. BUT beautiful. 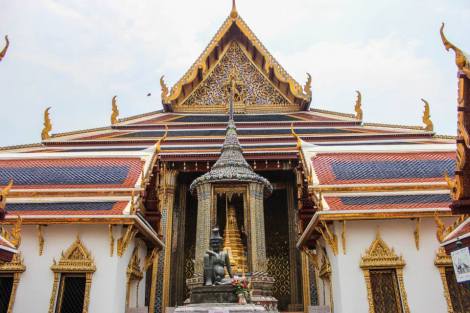 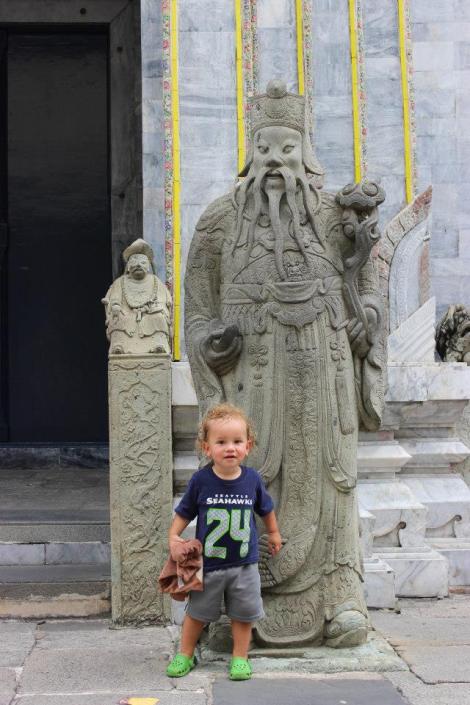 All in all our time in Bangkok was great. We also experience all the mall food we could want. It was all amazing and all that people say it is. We hope to go back again soon!

I wasn't sold on this name for my blog. After all, I'm much more than just a diplomat's wife. However, Patrick's desire to be a diplomat is the reason we have been living the way we have been for the past 5 years; the reason we left all our family and friends on the west coast for Patrick to attend grad school to prepare for the Foreign Service Exam. He passed in January of 2010 and started A-100 in September. In March 2011 we left for our first post, Yaounde Cameroon, life has not been the same since. In this blog I will attempt to provide you with some insight into our lives that will, hopefully, make you realize that the world is a huge place with lots of people who need to be loved and cared for. But even in it hugeness we can still make a difference by loving our families and neighbors whether you're a diplomat's wife, a housewife in little Walla Walla or an executive in Washington.
A-100 Aydan Baguio Bid List Cameroon Cloth Diapers Culture Family Fitness Flag Day Foreign Service France Friends Garden Home Japan Kitchen Manila Pack Out Paperwork Paris Philippines preparation for tour Puerto Galera Readings Running Sewing and Such Switzerland Thailand Travel